Chapter 8 of the Constitution of the USSR of 1991 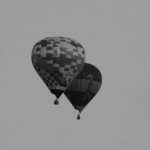 If you want a better understanding of what’s going on in former Soviet Republics like Ukraine or Belarus, you may want to have a look at the Constitution as it was in 1991.

The full length original of the constitution in Russian is here. The following is an excerpt of Chapter 8, which is the most pertinent one regarding the territory of the USSR:

Which translates in English as (according to Google, with some corrections by me marked by strikethrough of original and bold replacement):

The USSR personifies embodies the state unity of the Soviet people, rallies all nations and nationalities for the purpose of building communism together.

Article 71. In the Union of Soviet Socialist Republics the following are united:

Article 72. Each union republic retains the right of free secession from the USSR.

Article 73. Subject to the jurisdiction of the Union of Soviet Socialist Republics represented by its highest bodies of state power and administration shall be subject to:

2) determination of the state border of the USSR and approval of changes in the borders between the union republics;

3) establishment of the general principles of organization and activity of republican and local bodies of state power and administration;

4) ensuring the unity of legislative regulation throughout the territory of the USSR, establishing the foundations of the legislation of the USSR and the union republics;

5) pursuing a unified social and economic policy, managing the country’s economy; determination of the main directions of scientific and technological progress and general measures for the rational use and protection of natural resources; development and approval of state plans for the economic and social development of the USSR, approval of reports on their implementation;

12) solution of other issues of all-Union significance.

It’s worthwhile to compare this to the timeline of events in the Soviet Union in 1991. Which I intend to to in a future post.
I am just putting out here now that, according to this constitution, most – if not all – actions of body of union republics have either dubious legitimacy or are downright illegal.
This gives rise to conflicts because you have different groups with different ideas and a general lack of legitimacy of the new “nations” which manifests itself in utter bellicosity against its neighbours to justify it’s own existence, permanent chaos, and outright dictatorship.

In future posts I am going to look at some of those new “nations” and former Soviet republics and their inner or outer conflicts.

US Coronavirus Numbers – By State and Territory Nov 16, 2020

US Coronavirus Numbers – By State and Territory Nov 16, 2020

Chapter 8 of the Constitution of the USSR of 1991

Oct 21, 2020 ofehrmedia.press
We use cookies on our website to give you the most relevant experience by remembering your preferences and repeat visits. By clicking “Accept”, you consent to the use of ALL the cookies.
Cookie settingsACCEPT
Manage consent

Any cookies that may not be particularly necessary for the website to function and is used specifically to collect user personal data via analytics, ads, other embedded contents are termed as non-necessary cookies. It is mandatory to procure user consent prior to running these cookies on your website.